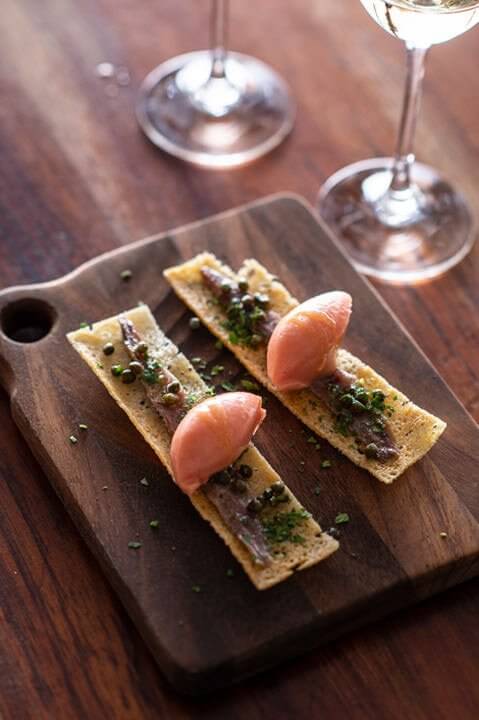 We will be revisiting MoVida Aqui after an absence of six years when our Cellarmaster, Faye, organised a very successful dinner.

Chef Frank Camorra established MoVida in Hosier Lane some sixteen years ago now, and this tapas and Spanish wine establishment has become a Melbourne institution. A few years later MoVida Aqui was created by the same team, with a big open space and a large kitchen, thus allowing Frank to produce the dishes that were not possible at the original MoVida.

Drew Hewson and Russell Drodge have liaised with chefs Camorra and Kane Vokoun to organise an array of excellent Spanish food that will be served in the private dining room. Reviews of MoVida Aqui are always very good, Gault and Millau, for example, rating it 15/20, and the quality of service is renowned.

Drew and Russell have also arranged for a range of high quality, mainly boutique, wines to accompany the food. As fine as Spanish Sherries are, we, however, have decided not to serve any fortified wines with this dinner, and also, possibly unusually, we will not be serving paella as part of the meal!

We are aware that no red Burgundies were served last month, and this is likely to be the case again on May 21st. We have however managed to source what has been called “the Burgundy of Spain”, made by the man who was recently named “Best Winemaker in the World”.

So, please join us for what should be a very enjoyable evening where the identity of this renowned winemaker will be revealed!